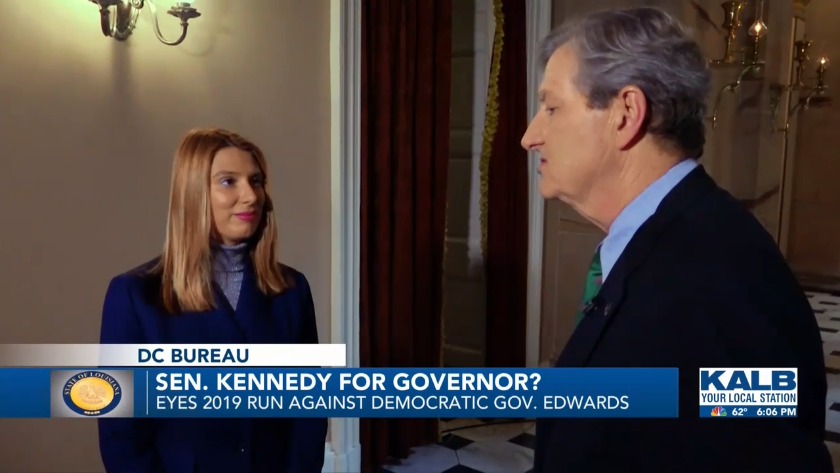 Will Senator Kennedy Run for Governor? 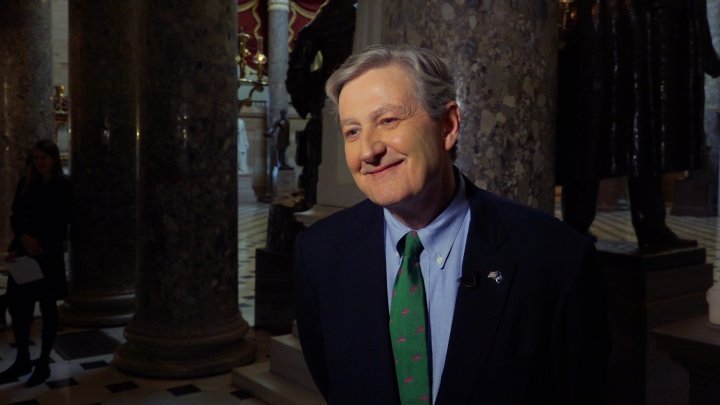 FULL INTERVIEW: Sen. John Kennedy (R-LA) on whether he will run for Louisiana Governor in 2019

Republican Senator John Kennedy said he enjoys doing the people's work from the halls of Congress.

"I'm doing this because I love it but it does take a big heart and a lot of wind and a thick skin," said Kennedy.

However, Kennedy is weighing a potential 2019 run for the Louisiana Governor's Mansion. He said he's not taking the decision lightly on whether to challenge Democratic Governor John Bel Edwards.

"It's going to be a hard decision. I'll try to make the right decision for my state and my country and me and my family," Kennedy said.

The first-term Senator serves on the powerful Senate Judiciary committee and is known as a conservative, vocal critic of the current Governor's policies on criminal justice, Medicaid and taxes.

"Governor Edwards - I've known him for a long time - let me say it again, I consider him a friend. He's a very left-wing liberal...He's done a pretty good job of trying to hide it, and if he is re-elected and he may be, I think you'll see his true colors come out," said Kennedy.

Democratic National Committee spokeswoman Sabrina Singh said his true colors are already out - and they work.

"He has done an incredible job about bringing partners to the table and working across the aisle in a bipartisan fashion," said Singh.

During Edwards' first term, he accomplished bipartisan criminal justice reform and visited the White House to work with the Trump administration on infrastructure needs. Singh said while a potential Kennedy-Edwards match-up would be competitive, she thinks Edwards would stay in office.

Kennedy said there are only two people who could topple Edwards - either him or Republican Congressman Steve Scalise, according to the polling he's reviewed. A spokesman for Scalise has said that he will not be seeking the job.

Kennedy said he will make his final decision and announce it by December 1st.

A spokesman for the Governor said that Edwards is focused on continuing to lead Louisiana and grow the state's economy.

As for other Republicans who may jump in the race, Congressman Ralph Abraham's spokesman said he is also mulling a run.

Gov. Edwards: La. will move to Phase 2 of reopening June 5

Gov. Edwards: La. will move to Phase 2 of reopening June 5