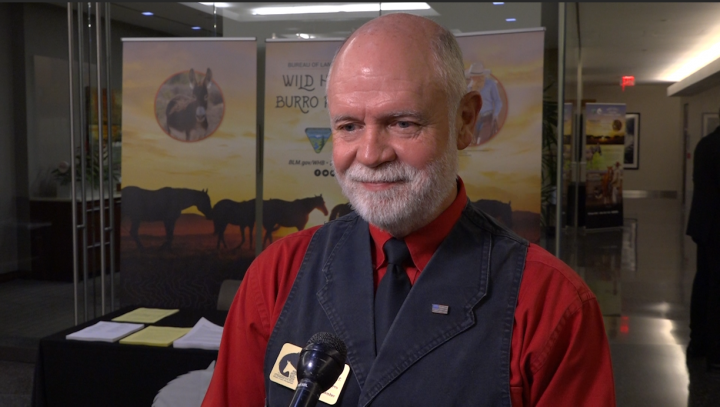 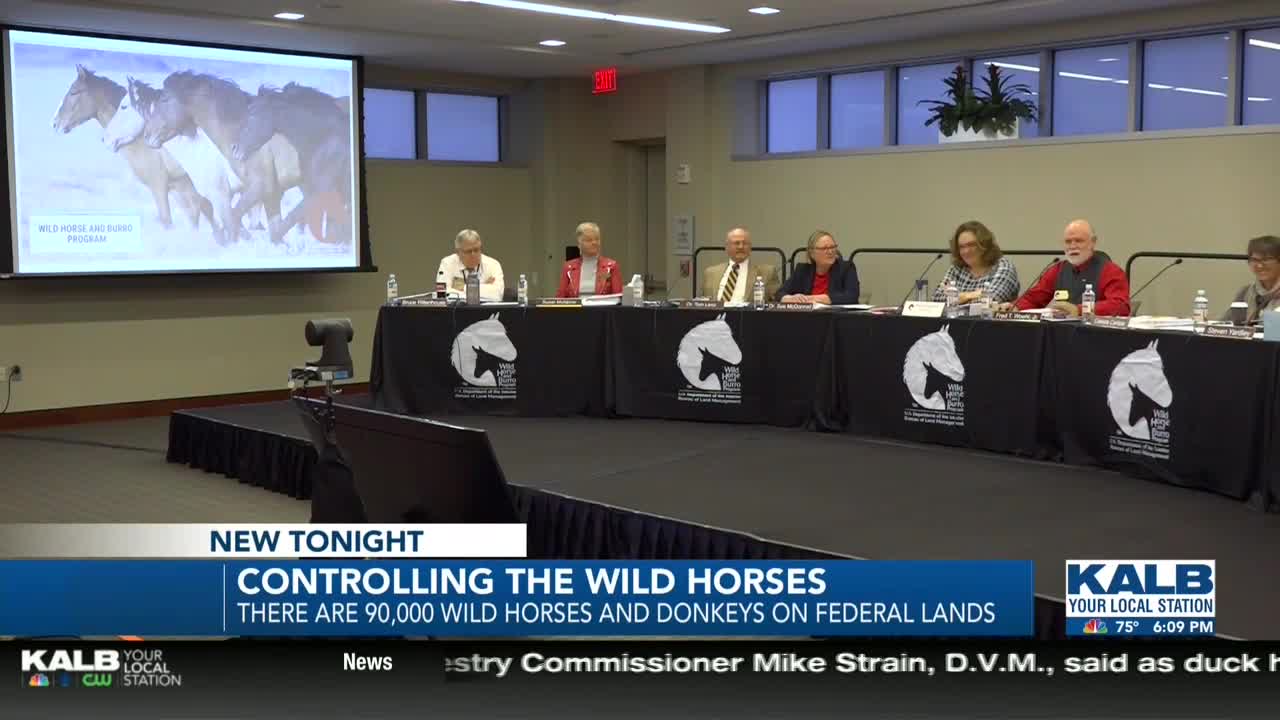 WASHINGTON (Gray DC) -- The Bureau of Land Management's Wild Horse and Burro National Advisory Board is meeting in Washington this week.

Board Chairman Fred Woehl says there are 90,000 wild horses and donkeys on federal lands. Woehl said that's three times more than the areas can handle.

BLM says horses are running out of grass to eat and water to drink on many public lands. Woehl says the Board will continue to encourage the government to use a combination of solutions to keep the numbers down. That includes fertility treatments, spaying, neutering and physically gathering horses into holding facilities.

"I want every tool used that we have in the toolbox. I don't want BLM limited to just one," said Woehl.

"Up to now, the only tool that BLM had was gathers, and they could only do emergency gathers," he said.

She said in a statement the federal agency is "ignoring holistic solutions to keep wild horses on the land and humanely manage them in viable free-roaming herds".

Roy released the following full statement: "Wild horses are targets of a sophisticated propaganda campaign aimed at convincing the public that they are destroying public lands, even though 88% of BLM land has no wild horses on it! The propaganda campaign has two goals: 1. Convince Congress to fund a mass roundup plan to remove 130,000 wild horses from public lands over the next ten years (45,000 more than exist today!) and replace them with commercial livestock; and 2. to divert attention away from the true causes of environmental degradation on our public lands -- the extractive industries like oil/gas, fracking, mining and livestock grazing, which this administration has sought to deregulate."

American taxpayers should not be fooled by fake news into spending hundreds of millions of dollars to cruelly round up wild horses from public lands in order to replace them with taxpayer-subsidized livestock grazing."

The Path Forward plan that will be discussed at the Advisory Board meeting is another giant subsidy program for the public lands livestock grazing industry, which produces less than 2 percent of American beef. It's an inside-the-beltway deal cut by livestock lobbyists and two wealthy corporate animal welfare groups that will destroy America's wild free-roaming horse and burro herds. It prioritizes the failed status quo approach of roundup, removal and warehousing of wild horses at taxpayer expense while ignoring holistic solutions to keep wild horses on the land and humanely manage them in viable free-roaming herds, per the wishes of the American people."

The Board also planned to discuss ongoing adoption efforts during the Washington, D.C. meeting.

The board said more than 7 thousand wild horses have been adopted this year thanks to a new incentive program.

The Wild Horse and Burro National Advisory Board is meeting in Washington this week. Chairman Fred Woehl said they will be discussing the progress of the Adoption Incentive program started in March this year. The program gives people who adopt a wild horse or donkey up to 1 thousand dollars within the first year.

Woehl said the Board will continue to monitor the success of the incentive program.

He said he's committed to helping horses find a good home.
More than 235,000 wild horses and burros were adopted or sold to people through the general program since the 1970s.

COVID-19 Tracker: Check out the latest coronavirus test results around the country

WATCH: Gov. Edwards provides updates on COVID-19 in La. on May 29

COVID-19 Tracker: Check out the latest coronavirus test results around the country