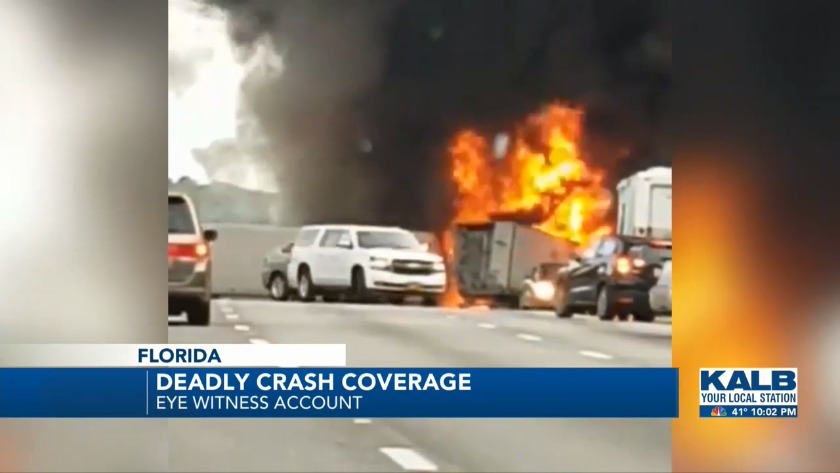 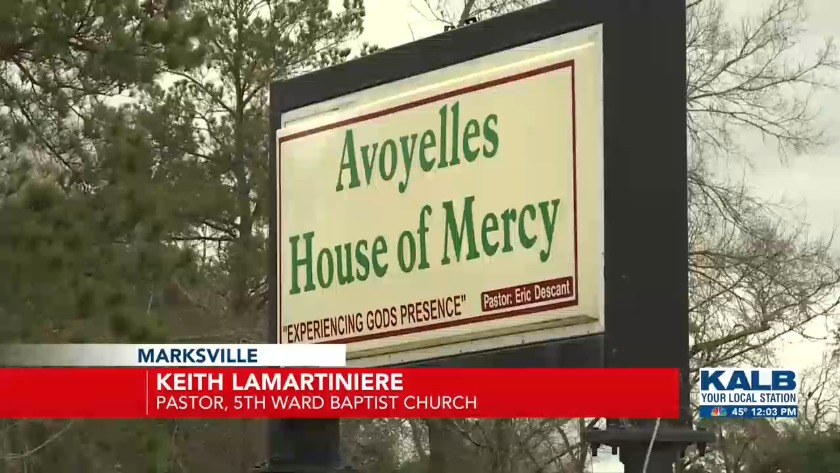 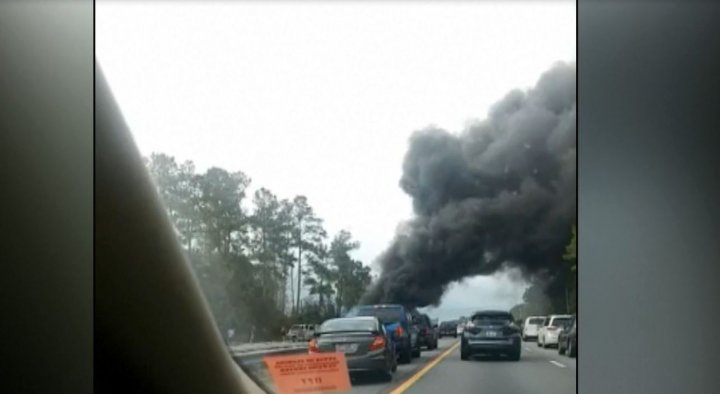 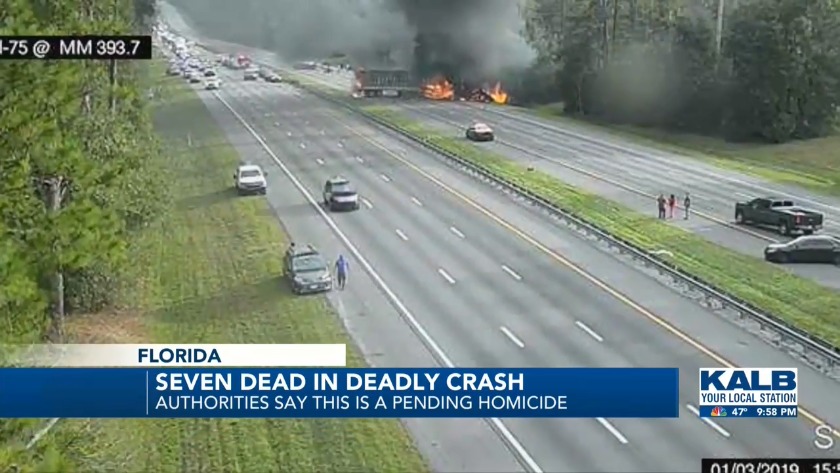 GAINESVILLE, Fla. (AP) - The Latest on a fatal highway crash in Florida (all times local):

The truck driver at the center of a fiery Florida crash that killed him, another trucker and five children received several traffic tickets over the years.

Court records show Steve Holland, 59, of West Palm Beach was ticketed between 2000 and 2014 in Florida, Pennsylvania, Ohio, Indiana, and Virginia for violations including speeding, driving an unsafe vehicle, driving an overloaded vehicle, and not carrying proof of insurance.

The highway patrol said Friday that Holland was traveling north on Interstate 75 near Gainesville on Thursday when he veered into another car, lost control and went through the center divider, striking a southbound church van from Louisiana and another truck. Five Marksville children from ages 9 to 14 in the van died.

UPDATE: Due to the federal government shutdown, the National Transportation Safety Board is currently unable to assist investigators with the deadly crash in Florida that was left seven people dead.

Under normal conditions, the NTSB would send a team to help with the investigation.

Due to the lapse in appropriations & government shutdown, this Twitter account is not being actively used/monitored. Accidents still can be reported to the NTSB Response Operations Center at 202-314-6290. Visit https://t.co/tmcAcl463k for info on available government services.

UPDATE: Florida Highway Patrol confirmed that five of the seven people killed were children in a church van heading to Orlando.

While the ages of the children have not been confirmed, authorities said the ages range from about 8 or 9, up to teenagers. We're told that one girl was in the 4th or 5th grade, one boy was in the 8th grade and one girl was 14 years old.

According to a statement from the United Pentecostal Church, Sister Karen Descant, the pastor's wife, and two other adult women were on the bus. There were nine children total on the bus. Descant was injured with seven broken ribs, a broken collarbone and multiple bruises and cuts. One of the women is pregnant and the baby is reportedly okay. The surviving four children were injured but medical staff believe they will recover.

One of the children that was killed was the granddaughter of Pastor Descant.

Louisiana State Police said that besides the five children, the other deceased include the two male drivers of the semi-trucks.

The following is a statement from the Avoyelles Parish School Board:

"We are deeply saddened by the news of the terrible accident that a church youth group from our parish was involved in. Avoyelles Parish lost 5 young people in the accident. (3 of them were APSB students and the other two had close ties to our system.) Something like this always puts things in perspective. No family (including the APSB family) should have to go through this. We will help however we can.
For now, please know that our thoughts and prayers are with these families. Please also know that we will do everything that we can for our students and staff most affected by this tragic event.
All of our love goes out to each of them. They will be greatly missed."

Walt Disney World officials are expressing their sympathies to the families of the seven victims of a fiery Florida highway crash, including five children headed to the park.

Spokeswoman Jacquee Wahler said Friday that "there are no words to convey the sorrow we feel for those involved."

The Florida Highway Patrol said five children from Louisiana and two tractor-trailer truck drivers died in a fiery crash on a Florida interstate.

During a news conference on Friday morning, Lt. Patrick Riordan said the church passenger van carrying the children was from the Avoyelles Parish in Louisiana. The crash happened at 3:40 p.m. Thursday just south of Gainesville in north Florida.

Riordan said a tractor trailer and a passenger vehicle traveling north, collided and went through the guardrail into the southbound lanes. They struck the passenger van and another tractor trailer. He says when the trucks collided they caught fire.

Riordan says next of kin notifications are still underway.

The northbound lanes of the interstate reopened on Friday and one southbound lane is now open.

A traffic homicide investigation continues into what caused the crash.

The injured were taken to two different hospitals. However, it is unknown at this time how many were injured in the accident.

Emergency crews extinguished the fire and said they were treating the crash as a homicide investigation. Authorities have not said why they are treating the deaths as potential homicides.

Authorities said their top priority is identifying the victims so they can notify their relatives.

At this time, one southbound lane is expected to open later today.

The aftermath closed part of the highway in both directions for hours, causing massive delays.

**Please note: According to several viewers who are reaching out to us through Facebook, some of the victims appear to have been from Avoyelles Parish. We have not received official information on that yet, but we will let you know when we know.

Another person has died in the fatal crash on a Florida highway, bringing the death toll to seven.

The Gainesville Sun reported several others were taken to the hospital, some with critical injuries.

Emergency crews extinguished the fire and said they were treating the crash as a homicide investigation. Authorities have not said why they are treating the deaths as potential homicides.

Authorities said their top priority is identifying the victims so they can notify their relatives.

The aftermath closed part of the highway in both directions for hours, causing massive delays.

Six people have died after a crash and diesel fuel spill sparked a massive fire on a Florida interstate.

The Florida Highway Patrol said two tractor-trailer rigs and two passenger vehicles were involved in Thursday's wreck on Interstate 75 about a mile south of Alachua, near Gainesville. Authorities said the fire was ignited after about 50 gallons of diesel spilled onto the highway.

The fire has been extinguished. Eight others have been taken to the hospital. The Gainesville Sun reported some of the injuries were critical.

No other details were released.

Leesville, Jena and Natchitoches airports to get FAA grants

Leesville, Jena and Natchitoches airports to get FAA grants