AT&T workers on strike at multiple locations in Cenla 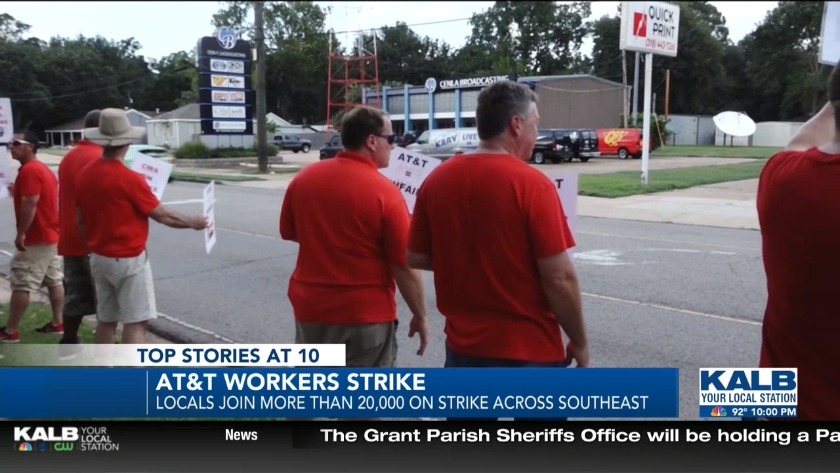 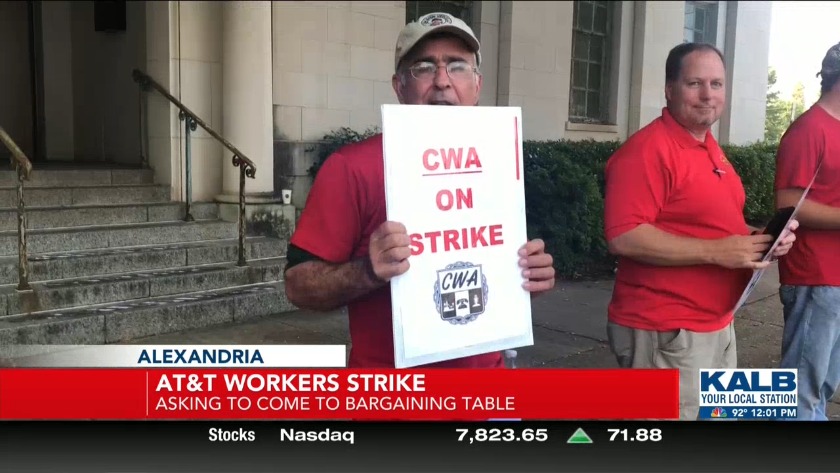 ALEXANDRIA, La. (KALB) - AT&T workers in the area are on strike and are asking for a review of unfair labor practices that they say AT&T has allowed.

News Channel 5 spoke with Henry Rosenthal about the strike and the issues surrounding the action. Rosenthal, a union member, says the Communication Workers of America members are striking and want to get AT&T contract negotiators back to the table.

Rosenthal says workers are striking outside of the Texas Avenue and Murray Street locations in Alexandria and the Tioga location.

The Communication's Workers of America local Board President Dustin Barber said they will strike as long as it takes.

"We are there ready and willing," Barber said. "We have guys there that can make the deals. They sent, I don't know who they sent, but not somebody with the authority to do what needs to be done. We just hope that AT&T brings some representatives with the authority to bargain with us back at the table in Atlanta."

News Channel 5 reached out to AT&T and they provided the following statement:

“A strike is in no one’s best interest. We remain ready to sit down with union leaders to negotiate a new, improved contract for our employees. Our bargaining team is negotiating this contract with CWA leaders in the same way we have successfully done with other CWA contracts over the years. We listen, engage in substantive discussions and share proposals back and forth until we reach an agreement.

"That’s why we’re surprised and disappointed that union leaders would call for a strike at this point in the negotiations, particularly when we’re offering terms that would help our employees – some of whom average from $121,000 to $134,000 in total compensation – be even better off.

“We’re prepared for a strike and will continue working hard to serve our customers.”

AT&T also says that the company has reached 20 fair agreements since 2017 covering more than 89,000 employees, and that the Southeast contract covers fewer than 8% of their employees.