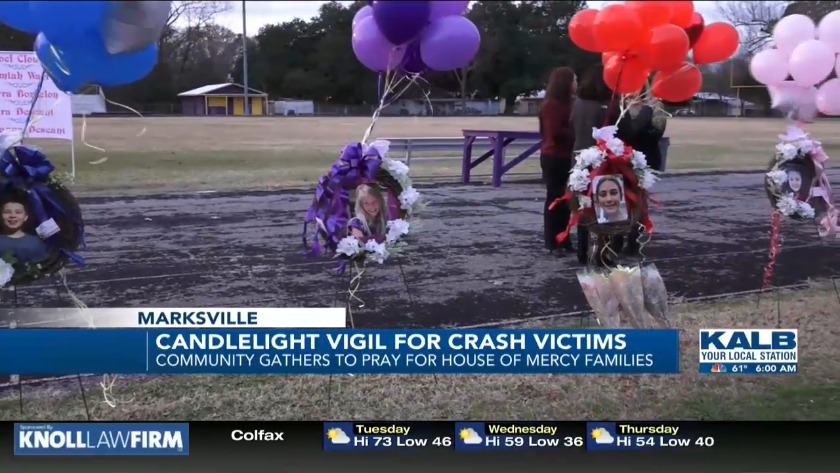 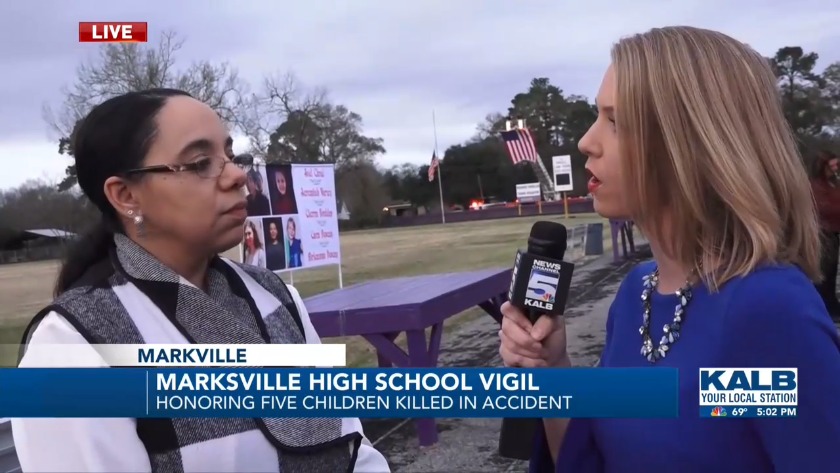 MARKSVILLE, La. (KALB) - The Avoyelles Parish community came together Monday night for a candlelight vigil to mourn, remember and celebrate the lives of the five children lost.

The Marksville High School football bleachers were full of people and support.

Area pastors shared prayers with the crowd and House of Mercy Pastor Eric Descant spoke for the first time since the accident.

"i just never knew that a heart could break so much and still work," Descant said over the phone. "And I know it is because of the prayers of the community."

Members of the community said it's the biggest loss the parish has ever felt.

"It was unreal to think that five beautiful children in our parish,that all of us know in one way or another, were tragically killed," said organizer Rebecca McGovern.

"He was an eighth-grader and we had two students at Lafargue Elementary," said Marksville High School Principal Liza Jacobs. "We do have a few students that are returning to us that were also involved in the crash that are injured but will recover, and so they need as much support as everyone else involved too."

"There must have been 1,000 people here," Riddle said. "It kind of blew me away and just to see all of the churches work together as a church, regardless of denomination."

When students head back to school on Wednesday there will be support staff available.

Return of the Fete: Name changed back to Alex River Fete

List of upcoming Mardi Gras festivities for the Cenla area

Return of the Fete: Name changed back to Alex River Fete

List of upcoming Mardi Gras festivities for the Cenla area