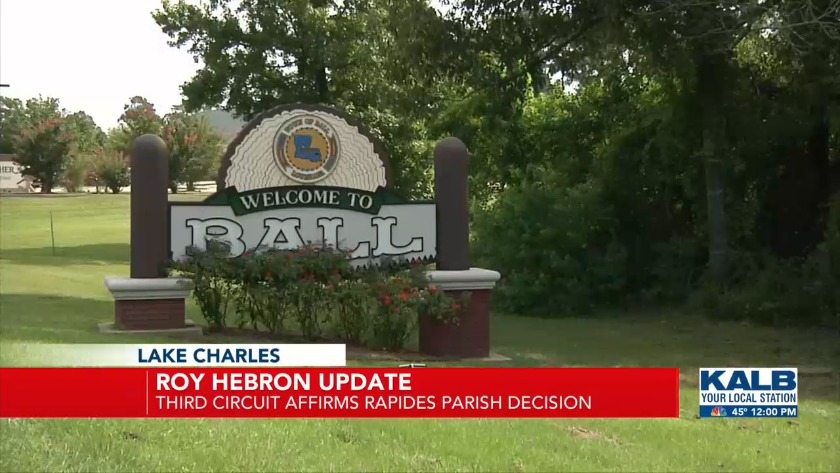 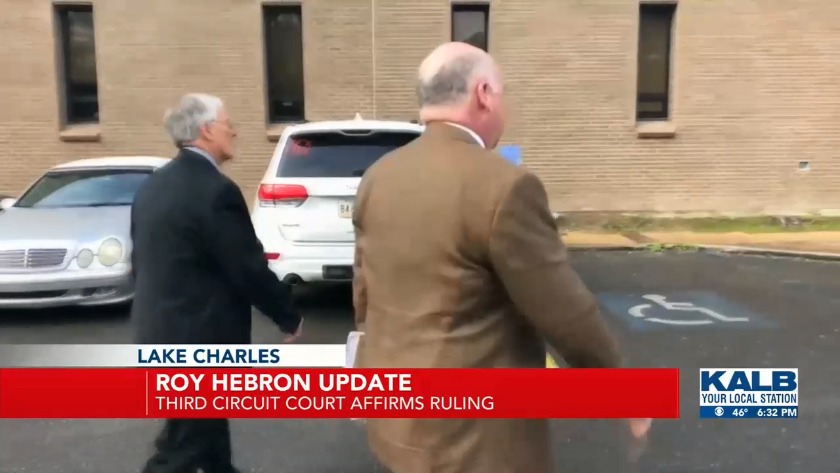 “Based on the foregoing, the trial court’s judgment is affirmed,” the Court said in its conclusion to the appeal. “ Costs of this appeal are assessed against the defendant, Roy Eugene Hebron.”

Hebron is a convicted federal felon for conspiring to defraud FEMA in the wake of Hurricane Gustav. He served time in federal prison and wrapped up probation in 2017.

On the same ballot in November’s election was an amendment to prohibit felons from holding office for five years after the conclusion of their sentences. The new law went into effect on Dec. 12.

Kavanagh field suit against Hebron on Dec. 17 of last year and sought a declaratory judgment and an injunction to prevent Hebron from taking or holding office in January.

That suit was heard in the 9th Judicial District on Dec. 21. Judge Monique Rauls found that the new amendment did apply to Hebron and ordered Kavanagh to remain in office as mayor until further proceedings could occur.

Hebron appealed to the Third Circuit, and his case was heard in Lake Charles last Friday.

"The Third Circuit opinion sets an unheard-of precedent that a citizen can have a public official removed from office," said Charles Elliott, attorney for Roy Hebron. "The is contrary to Louisiana Supreme Court rulings that restrict that power to the State or the District Attorney. The opinion also failed to address an important issue that we raised and argued regarding the retroactive application of the new constitutional provision. There is at least one prior decision from the Louisiana Supreme Court holding that the law in effect at the time of the election is the only law that applies to the candidate. Since the new constitutional provision did not come into effect until more than a month after the election, it would not apply to Mayor Hebron."

Elliott also said they plan to petition the Supreme Court on this case.

“We are certainly pleased with the decision,” said Gene Taylor, attorney with The Gold Law Firm, which represented incumbent Ball mayor Neil Kavanagh in the original lawsuit. “The Third Circuit provided a detailed opinion that thoroughly discusses each of the issues raised by Mr. Hebron. Four judges have now looked at these issues, and all have agreed with our interpretation of the constitution. At this point we will just wait and see if Mr. Hebron intends to keep going in the appeal process, or if Ball can finally close this chapter and get back to business.”

As of now, Kavanagh is still the Mayor of Ball. Weeks ago, the town council appointed Alderman Kimberly Krischke as Mayor Pro Tem.

THE LATEST: Confirmed cases of coronavirus reported in La.
Related Documents
Comments are posted from viewers like you and do not always reflect the views of this station. powered by Disqus