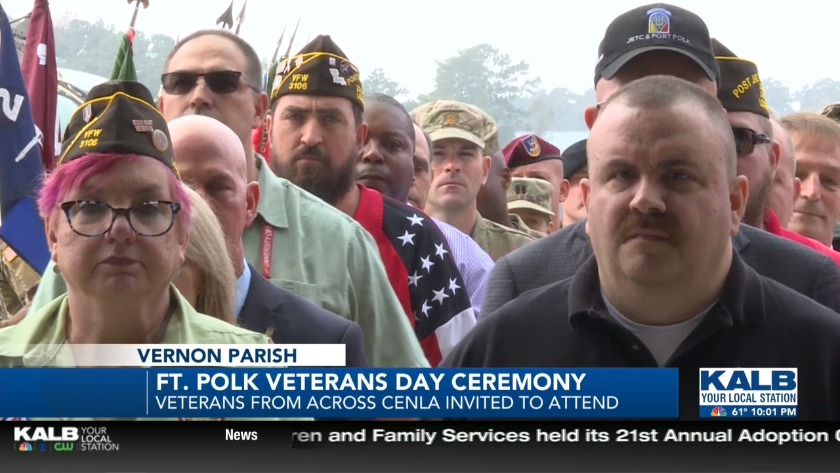 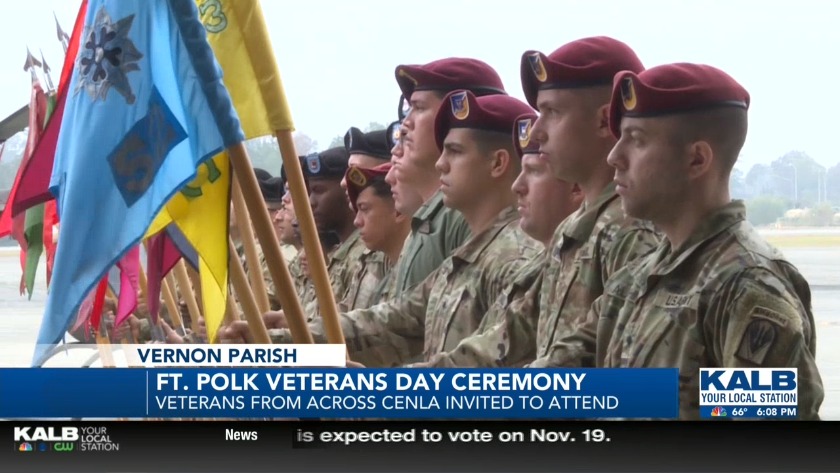 "May we never forget how special it is to live in a nation that has been defended by these patriotic veterans," Brigadier General (BG) Patrick D. Frank, the Commanding General stated.

Hundreds of residents from across the Cenla area came to show their respect to the brave men and women who fought to defend America.

"It means a lot for most of us veterans," Paula Baldwin, a veteran at the ceremony stated. "For women veterans, it's really become a big thing. For years, we weren't recognized, and now we're being recognized along with the men, so that works out really good."

One of the oldest veterans in attendance at Thursday's ceremony was a World War II veteran named Jessie Mahaffey.

"Jessie fought in the Pacific Theatre during World War II, and this is the first time in many years that he has returned to an active military base," BG Frank said. "Sir, it is an absolute honor to have you hear back with us a JTRC and Fort Polk. Thank you for your World War II service."

Veterans in attendance described the atmosphere at Thursday's ceremony like a family reunion, reflecting on the past and catching up on old memories.

"It helps us reflect on a lot of the things we've done with a lot of the other veterans," Olen Ice, a veteran at the ceremony said. " It's really good to meet back up with some of the veterans that I served with."

Public affair officials estimate there were more than 100 veterans in attendance at Thursday's ceremony.