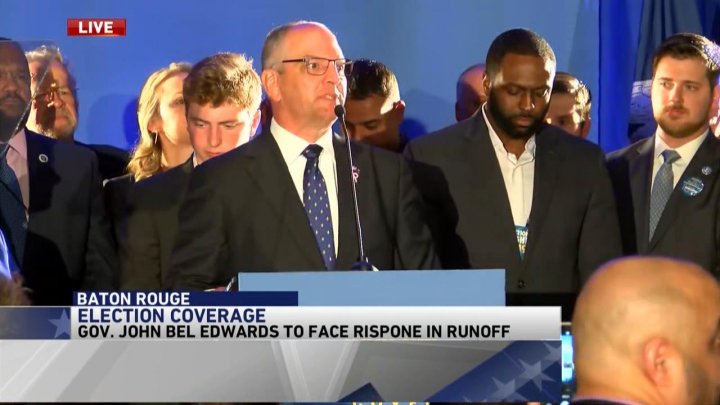 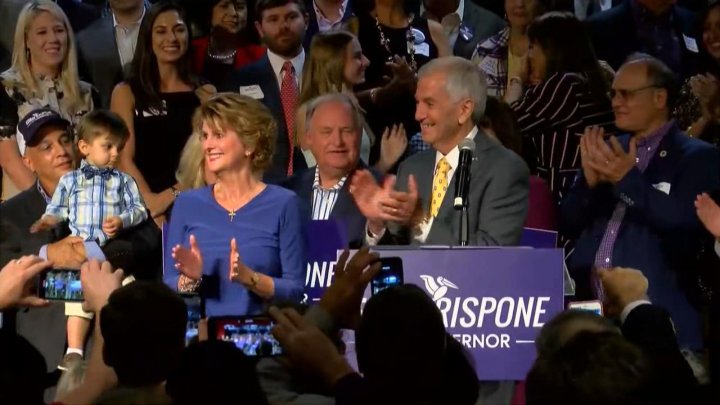 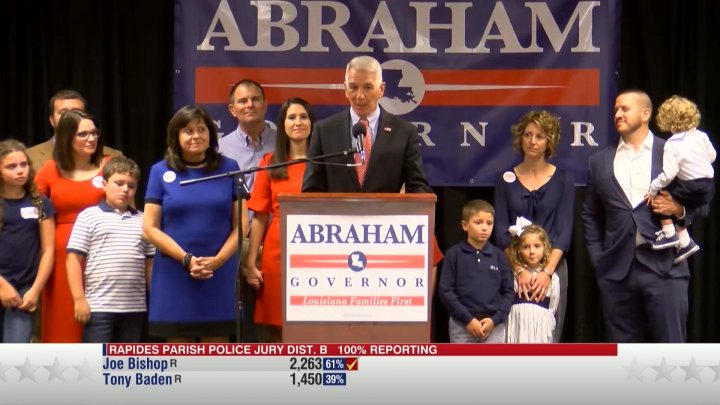 SHREVEPORT, La. (KSLA) - Gov. John Bel Edwards, D-Louisiana, will face Republican challenger and Baton Rouge businessman Eddie Rispone in a runoff race to determine who will lead the state for the next four years.

Gov. Edwards received 46 percent of the vote in Saturday’s primary election, falling short of the 50 percent needed to avoid a Nov. 16 runoff.

Rispone came in second place with 28 percent, ahead of U.S. Rep. Ralph Abraham, a fellow Republican, who received 24 percent.

Rispone, who is one of the richest men in the state, steadily rose in the polls throughout the race — the likely result of a blanketing of the airwaves with frequent TV ads. According to election filings, Rispone’s campaign spent more than $10 million on the race, most of which was reportedly his own money.

Edwards, the only Democrat serving as governor in a deep south state, was first elected to lead the state in 2015. Before that, he served in the Louisiana House of Representatives.

President Donald Trump shared his thoughts on this outcome on Twitter:

The Governor of Louisiana, John Bel Edwards, has done a poor job. NOW HE IS IN A RUNOFF WITH A GREAT REPUBLICAN, @EddieRispone. Thank you Louisiana! 66% down to 47% after I explained what a bad job the Governor was doing.

The runoff election will be held on Saturday, Nov. 16. Early voting will take place from Nov. 2-9.

Judge sides with Louisiana governor in feud with treasurer

Judge sides with Louisiana governor in feud with treasurer