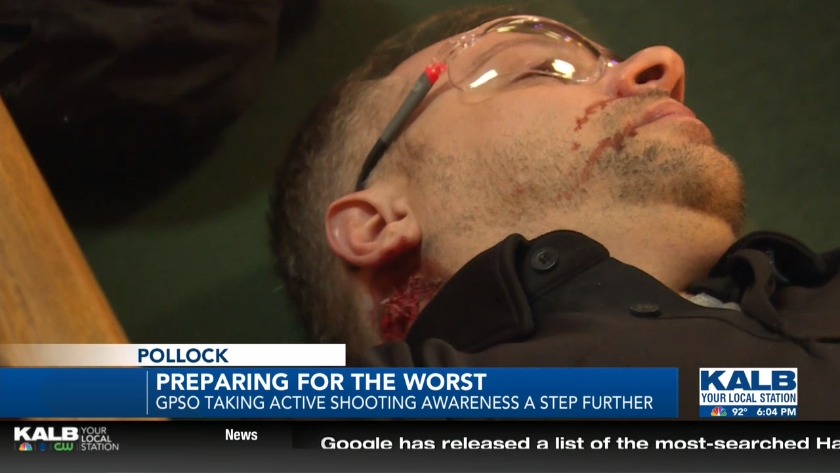 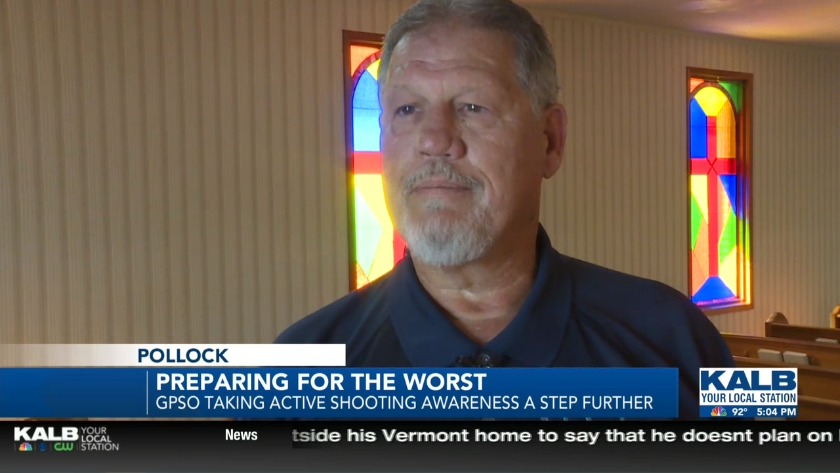 Pollock church preps for the worst

What started as an ordinary church service, turned into a fatal active shooting situation, leaving one person dead and eight others injured.

Fortunately, the suspect was taken into custody, but as you can imagine, whether the shooting was real, or just for teaching purposes, it was an eye-opener for everyone involved.

Active shootings are quick and unpredictable.

Donnell Spurgeon, Pastor of Georgetown United Pentecostal Church, attended the training and said he wasn’t as prepared as he thought he would be.

Another attendee of the event, Benjamin Richey, who’s actually a member and music leader of Pleasant Hill Baptist Church, was just as startled as everyone else, when the faux shooter began firing.

“I didn't expect it to actually happen when I was singing,” Richey explained. “But, that's exactly what you got to be prepared for."

The purpose of the training was to remind the community that anything can happen, and it only takes a second.

“Churches are going to get together and share this, there's no question about that,” Lavespere said. “It's going across denominations, and we have to because they're not going to choose based on denomination, it's going to be based on church, and so when we come in we'll be prepared for whatever happens.”

On the scene to help make all of this possible was the Grant and Rapides Parish Sheriff's Office, Acadian Ambulance, and the Pollock Fire and Police Department.