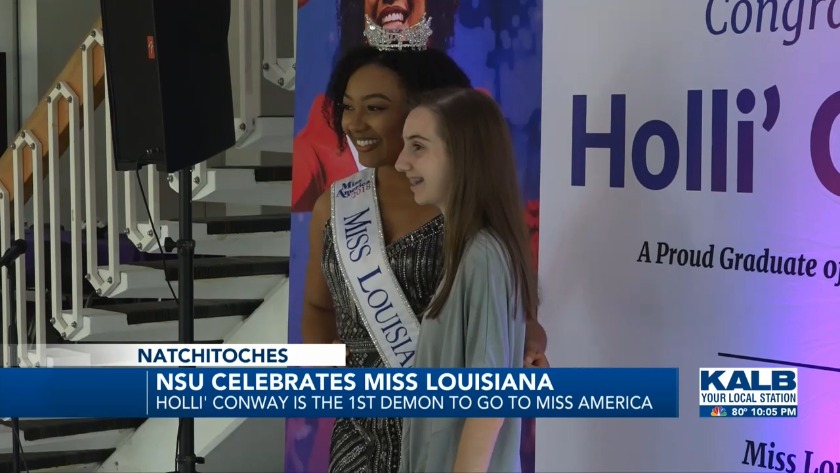 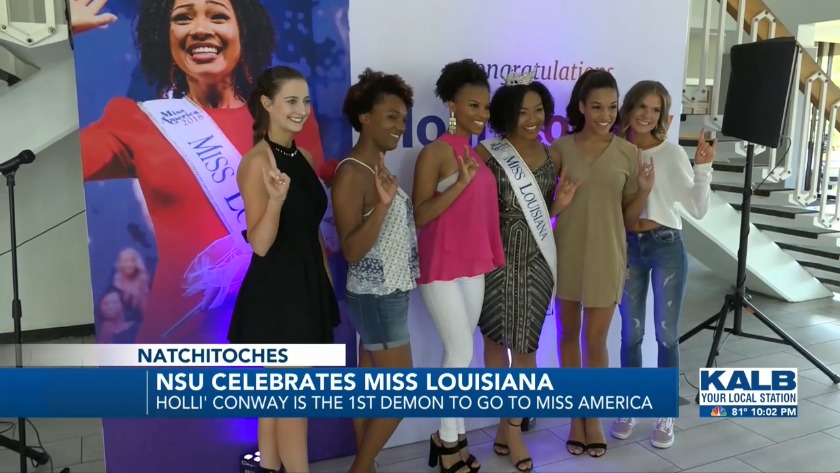 NATCHITOCHES, La. (KALB) - It's a stage most girls can only dream of, but this past weekend Miss Louisiana found herself on the Miss America stage in the final three.

She also won the talent competition Thursday night for a vocal performance.

Friday Conway traveled back to her alma mater of Northwestern State University.

The school proudly held a reception in her honor and Conway was able to see many familiar faces.

She will also serve as the mistress of ceremonies for the 61st Annual Miss Northwestern-Lady of the Bracelet Pageant on Saturday.

The win is a victory for the university who said they have never had a Miss Louisiana representing the demons.

"It was a huge honor for Holli', but also for Northwestern State University," said NSU President Dr. Chris Maggio. "It just shows that one of our students can go all the way on a national and worldwide level."

"We have never had a Miss Louisiana from NSU and at this point," Conway said. "Every single girl that walks this campus can say, well she went to NSU and was Miss Louisiana, I can do that too. And that is the only goal that I have in life."