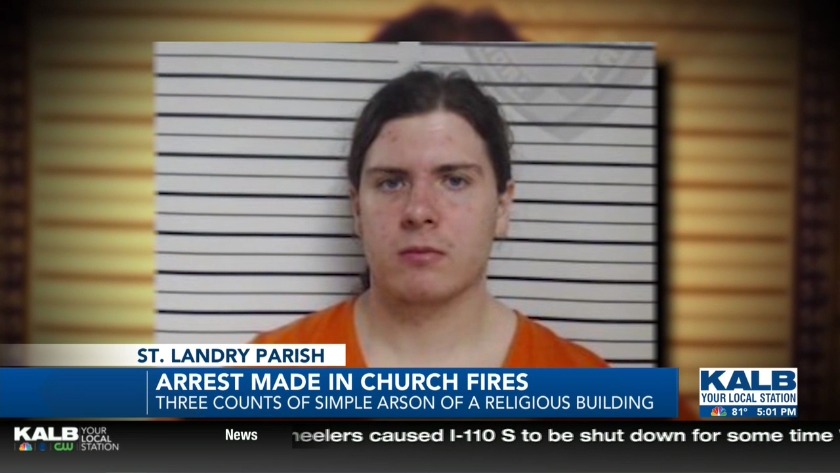 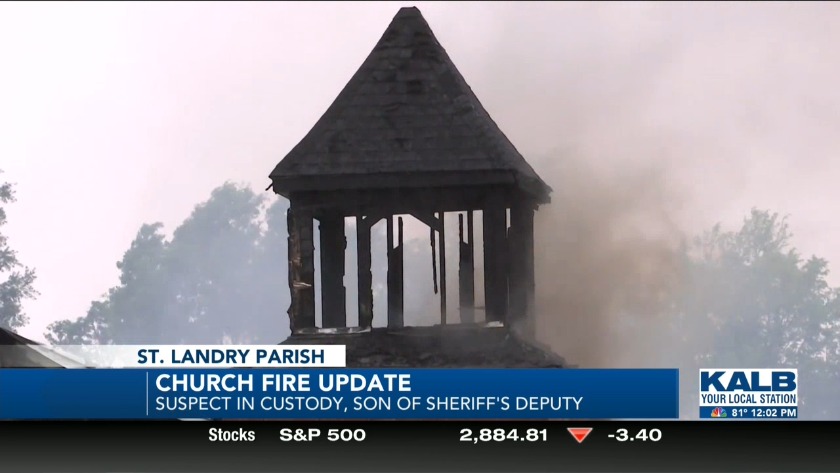 Arrest made in church fires

Holden Matthews, 21, was booked into the St. Landry Parish Jail on three counts of simple arson of a religious building.

Investigators have determined all three fires were intentionally set. Several pieces of evidence, both from the scenes and from technological resources, have confirmed Matthews as the primary suspect.

At this time, the investigative team is still vetting several potential motives. However, information investigators have uncovered, and that Matthews has offered, suggests a possible connection with a genre of music called “black metal” and its associated history with church burnings in other parts of the world, which have been documented in movies and books. Any questions as to the potential motives of hate are continuing to be vetted by federal authorities.

The collaboration on this case was comprised of around 100 individuals primarily from the SFM, ATF, FBI and Louisiana State Police. Additionally, assistance was provided by the Louisiana Attorney General’s Office, St. Landry Parish Sheriff’s Office and several other local law enforcement and fire agencies. The SFM is also grateful to the Florida Bureau of Fire, Arson and Explosives Investigations for sending a team to participate in the investigation.

“I am so proud of the teamwork that has returned a sense of security to this community by determining a cause for these fires and putting the person responsible for them behind bars,” said State Fire Marshal H. “Butch” Browning, “I, and all of the investigators involved in this, have been emotionally committed to this case, not only because of the significance of these churches, but also the threat of additional fires. This outcome goes to show what happens when well-oiled public safety partnerships pay dividends. I can never give total condolences to these church communities for the losses of their places of worship. However, I hope this begins to help their healing.”

The SFM would also like to thank the community for its patience and cooperation with this investigation.

Tips can be submitted anonymously by calling the Arson Hotline at 1-800-256-5452 or by submitting information through the online tip form at lasfm.org.

Colfax gas leak causing road closures, elementary students sent home
Related Links
Comments are posted from viewers like you and do not always reflect the views of this station. powered by Disqus