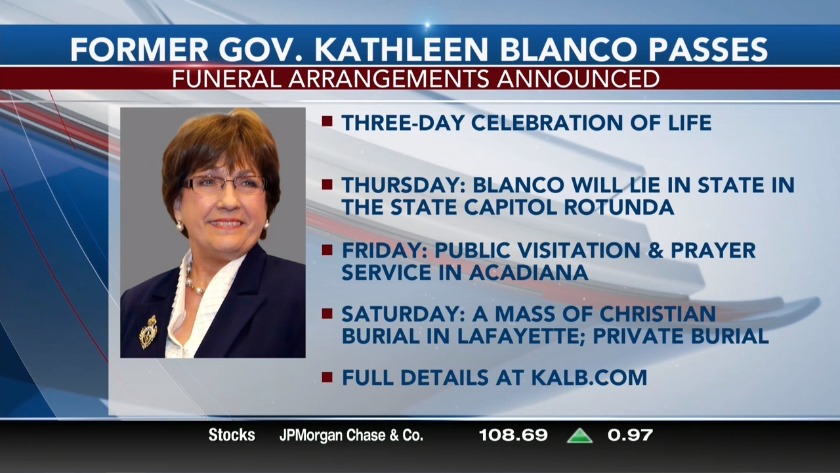 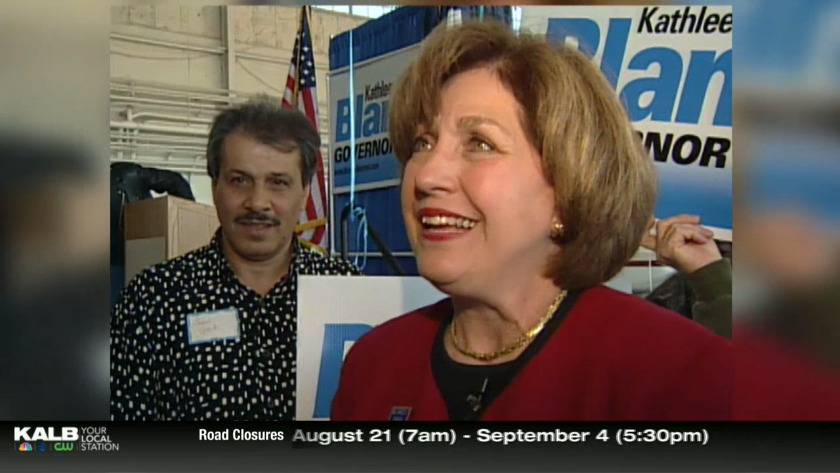 ALEXANDRIA, La. (KALB) - The news of former Louisiana Governor Kathleen Blanco's passing Sunday has many remembering the impact she made on the Central Louisiana region both as governor and lieutenant governor.

Former Louisiana Governor Kathleen Blanco smiles during a campaign stop in Alexandria before her election in 2003. (KALB)

It was in her role as lieutenant governor that Blanco oversaw the bicentennial celebration of The Louisiana Purchase, including the Heart of Spain exhibit that found its temporary home at the Alexandria Museum of Art.

But if there is one lasting legacy for Blanco, it was her role in bringing the Union Tank manufacturing plant to Alexandria after company officials strongly considered building it in Texas.

"Nobody was as tenacious as Governor Blanco," Union Tank's then president Mark Lester said the day the project was announced in 2004.

"Those long hours and many, many days of hard work we put forth can all go for nothing if you don't have a result like this," Blanco said at the time.

While Blanco's legacy was impacted by the events of Hurricane Katrina, her impact on Central Louisiana won't soon be forgotten.

Protesters gather at the Rapides Parish Courthouse for justice

Protesters gather at the Rapides Parish Courthouse for justice