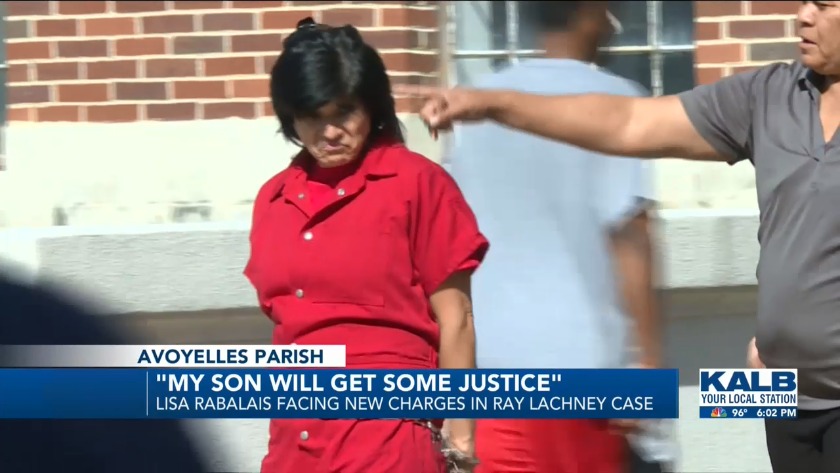 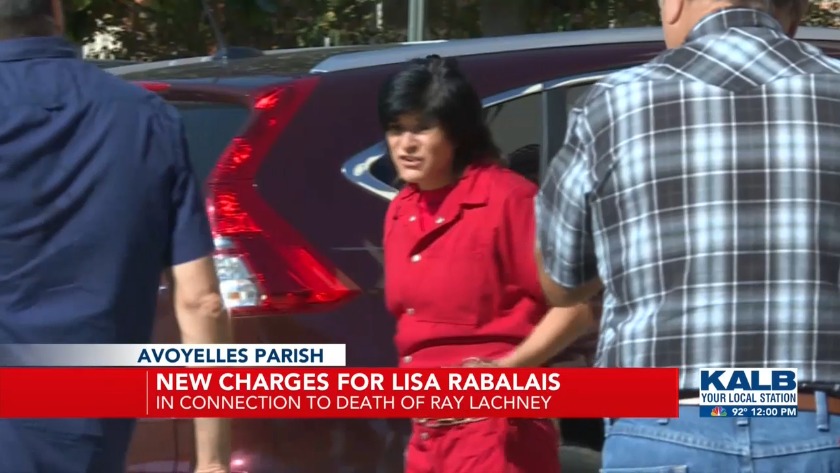 AVOYELLES PARISH, La. (KALB) - A woman has been re-arrested on more charges in connection with the death of an Avoyelles Parish man, Ray Paul Lachney, who was reported missing in 2015. Lachney's body was found in 2016 on T-Doos Road in Mansura.

Lisa Rabalais (a.k.a Lisa Whittle) was initially charged with accessory after the fact at the time. Riddle explained to us back then that due to the length of time Lachney’s body was missing, it was sent off to a bone expert for the autopsy. But, nothing pointed to a murder.

Since then, however, things have changed. Monday morning, Rabalais was re-arrested and charged with accessory after the fact to second-degree murder. She has also been charged with obstruction of justice.

Here's what Debbie Lott, Lachney's mother had to say:

A trial is now on hold according to the Avoyelles Parish District Attorney's Office. Rabalais' next court date is November 26.

To date, no one has been directly charged with Lachney's murder. According to the DA's Office, Lachney and Rabalais were hanging out earlier in the day on the last day he was seen. The DA's Office tells us no specific manner of death has been determined from the autopsy.

'Royall' runner honors the fallen on Memorial Day
Related Links
Comments are posted from viewers like you and do not always reflect the views of this station. powered by Disqus