NATCHITOCHES, La. (NSU) - Northwestern State had the momentum Wednesday with a one-run lead before a more than 22-hour weather delay, but Stephen F. Austin moved into the driver’s seat Thursday.

The Ladyjacks scored all six of their runs on the new day, ending the Lady Demons season in a 6-1 NSU loss in a Southland Conference Tournament elimination game at Lady Demon Diamond.

“We have to play through the weather and be able to respond, and we didn’t seem as sharp today as we were (Wednesday),” said NSU coach Donald Pickett. “That’s what tournament ball is about – being consistent over a period of four to five days.

“I’m proud of these girls, and I think we definitely took three or four steps forward. We have to continue to do that, and I’m proud of the foundation we laid.”

Senior pitcher Mikayla Brown (6-8) held SFA (35-20) hitless in the 2 2-3 innings Wednesday, but SFA made the most of its five hits Thursday to advance.

The game restarted in the bottom of the third inning with two outs and SLC Hitter of the Year Margarita Corona drew a walk before Mackenzie Bennett hit a two-run home run to give the Ladyjacks a 2-1 edge.

SFA worked with two outs again in the fifth inning, mustering two walks before Bennett doubled in two more runs for a 4-1 lead.

Those were the only two hits Brown allowed, but SFA accounted for five runs with four walks. NSU pitchers issued a total of eight free passes. All of SFA’s runs came with two outs.

Brown finished her career with one of her best weeks, logging two shutouts and a dogfight win against McNeese.

The Deville native shut out Prairie View A&M and Central Arkansas in the final week of the regular season before gutting out a 4-3 victory against McNeese on Tuesday that moved NSU to 2-0 in the SLC Tournament.

Brown finished her career sixth on NSU’s all-time career wins list with 47 and in the top 10 in winning percentage (.573).

“I’m really proud of Brown, and I’m proud of all three of our seniors,” Pickett said. “Mikayla wanted to finish strong, and she did that.

“I know we didn’t get the results in the end, and I know she’d be the first one to say she wanted to win this tournament. She gave us a shot in the arm these last two weeks and really helped us. If she didn’t get going, I don’t know if we win those two tournament games Tuesday. I’m glad she was able to get that big win against McNeese.”

Junior outfielder Kaitlyn St. Clair lifted the Lady Demons to an early lead with a solo home run in the second inning on Wednesday.

St. Clair’s hit would have likely carried over the wall, but SFA left fielder Madison Clements reached for the ball as it bounced off her glove.

The home run was St. Clair’s third of the season.

The homer came off of SFA starter Ashley Kriesel, who lasted 2 1-3 innings with three hits and three walks allowed.

But the Ladyjacks shifted to freshman ace Kassidy Wilbur late in Wednesday’s action, and Wilbur carried over her success into Thursday.

Despite NSU’s tournament-ending at 2-2, Pickett found plenty of positives in a season in which the Lady Demons took steps forward.

NSU’s 30 wins is the most since the Lady Demons with the SLC regular season title in 2015 with 36 wins. The 30-win season is Pickett’s fifth in his 11 NSU seasons.

NSU played five of its nine SLC series on the road, including the top four tournament seeds. The Lady Demons knocked off regular-season champion Sam Houston State on the road to begin the conference season, and with their tournament win against McNeese, NSU split its four games against the Cowgirls.

NSU also played each of the other seven tournament teams in the regular season.

“For us to come out and have 15 wins with that schedule says a lot,” Pickett said. “We got two wins in the tournament and got into the winner’s bracket, it was another step.

“We hadn’t been able to win two games in the conference tournament (since 2015). I thought we grew up a lot, and I think our toughness is catching up with our ability, and that will be a big thing going into next season.

With five freshmen and sophomores serving as heavy contributors offensively and three of NSU’s four pitchers being underclassmen or newcomers, the future appears bright for a program clawing to get the top of a league deep in quality programs. 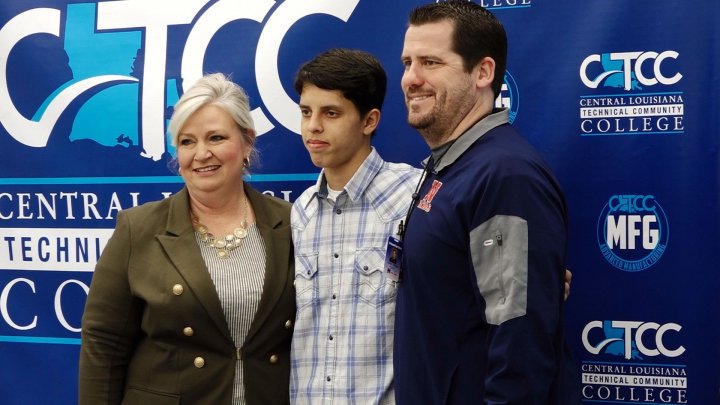